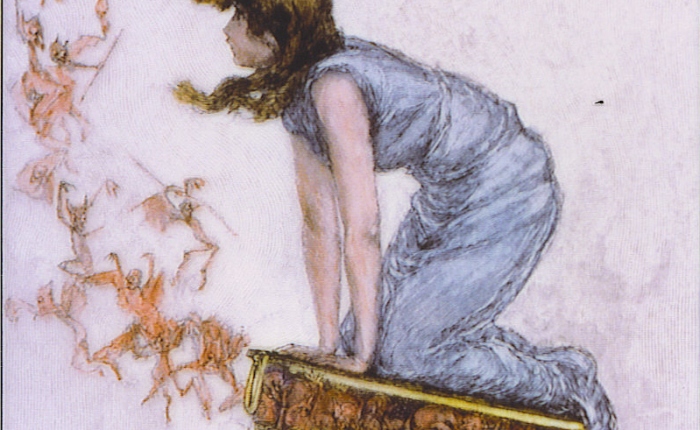 There’s a famous quote I don’t quite remember that may be attributable to either Joss Whedon or Neil Gaiman, in regards to either Buffy or Coraline, respectively, which goes something like this: That she cried was not in any way meant as an indication of weakness, or how little bravery she possessed, but, on the contrary, it was a sign of her strength, of how much bravery she possessed, that in the depths of such sadness she chose to continue fighting.

I was reminded of this because of two articles.

And Naomi Novik, writing at Tor.com: A New Reality: The Optimism of Zen Cho

A.O. Scott’s sums up his particular sadness with Tomorrowland–a sadness made all the sadder in light of his love of Brad Bird’s other works, especially Ratatouille– in his final passage:

False cheer can be just as insidious as easy despair. And the world hardly suffers from a shortage of empty encouragement, of sponsored inducements to emulate various dreamers and disrupters, of bland universal appeals to the power of individuality. “Tomorrowland” works entirely at that level, which is to say in the vocabulary of advertisement. Its idea of the future is abstract, theoretical and empty, and it can only fill in the blank space with exhortations to believe and to hope. But belief without content, without a critical picture of the world as it is, is really just propaganda. “Tomorrowland,” searching for incitements to dream, finds slogans and mistakes them for poetry.

Contrast this, with the beautiful way Novik captures the particular wonder of Zen Cho’s writing in a story like “The House of Aunts.”

Cho doesn’t airbrush away those inconvenient realities—her vampires really do eat people, and they really are dead. But they can still be people, and still have friends and go to university and fall in love, because that is delightful, and capturing that middle ground is what makes the story so satisfying. There is nothing of the grimdark here and also nothing of the plastic and fake. You’re allowed to feel uneasy about the eating of people going on in the background and you’re also allowed to like the characters and be with them in their story.

You feel as you read that the author wants you to be happy, even if she is not going to lie to you to make you feel more comfortable

Readers, as you may or may not know, one of my favorite stories happens to be the story of Pandora and her box.

Most people know the first part of the story.

That a girl, upon opening a box, unleashed a myriad of evil magic and demons.

It is useful to remember, though, that in the darkest depths of her despair, after all hell had broken loose and she had arrived at the end of everything, there was, at the bottom of the box, only one thing remaining.

It is a fact, sad or true or magical, I suppose, depending on your point of view, that the sharpest glimmer of hope might only be appreciated, might only truly be seen, in those moments marked by the deepest darkness.

But, truer still, maybe, is that hope, and the courage to hold on to it, to seek it out, to believe in it, only really matters at those moments. And so it’s only those stories that recognize the darkness which gives birth to hope and the tears which demonstrate strength, like those of Zen Cho, which prove both optimistic and brave.