Happy whatever day it is where you are. Here, in Ho Chi Minh, it’s Thursday evening. Last night, I saw Begin Again, a new film from John Carney, writer and director of Once. We went to the Bitexco cinema. The Bitexco is a very tall building which features restaurants, coffee shops, a cinema, and also a helicopter pad that, so far as I know, exists solely to be a major plot point in action movies.

We paid 5,000VND extra to get VIP seats. 5,000VND is about a $0.25. The movie was pure joy, as was the audience. The crowd laughed and clapped and stomped along. A totally genuine bubbliness that matched what was on screen, which was bubbly and funny in a way that was magic. It felt like watching people having fun making a movie about people having fun figuring out what to do with their broken selves. Which is, of course, to begin again. And again. As needed.

Here are some things:

1) The Awkward Robots are killing it of late.

“57 Reasons for the Slate Quarry Suicides“, the Shirley-Jackson-Award-nominated story from –superhero, community organizer, writer–has been included in Wilde Stories 2014, an anthology of the year’s best gay speculative Fiction. Woot!

In other Sam news, he and Ruby Katigbak, will be part of a “an unofficial, off-track, alcohol-fueled guerrilla reading” during Readercon, at midnight on Friday in the Burlington Marriott’s new Great Room. It will be hosted by Marco Palmieri,

2) The awesome people I invited in my writing process blog post have put up there’s. Go read what A.S. Moser and Luke Pebler had to say and who they invited and how a blog tour can last forever.

3) My short story, “Jjincha”–which is about a little girl and a monster and also there’s a bridge–will be out in Dark Heart Volume 2 on July 11th. 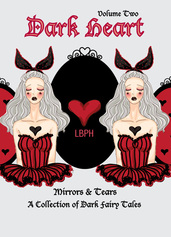 Don’t worry I’ll awesome all over the interweb when it’s available for clicking and reading.

3) I’m going to be in London starting in August. It’s a thing.